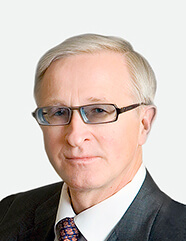 Deputy Chairman of the Board of Directors

Alexander N. Shokhin was elected Deputy Chairman of Mechel PAO's Board of Directors in June 2016.

Since 2005 – President of the Russian Union of Industrialists and Entrepreneurs.

From 2002 to 2006 Mr. Shokhin was Chairman of the Supervisory Board of the Investment Group "Renaissance Capital".

Since 1995 – President of the National Research University – Higher School of Economics, Chairman of the Department for Theory and Practice of Interaction between Business and Government.

Graduated from the Economical Faculty of the Moscow State University in 1974.